Goodness me, it’s been a while since I put fingertips to keyboard and posted something for you. Sincere apologies! But there are two fundamental reasons for my extended silence.

The first, it’s all been bad news really and nobody wants to read about other people’s problems; most have enough with their own without having to listen to mine. 2017 was a tough old year – three hurricanes, the sale of Avocado Cottage falling through four times, banging my head against a brick wall against so many people and things in both Antigua and UK, finding myself with no money, not even enough to live on – and boy, did I then discover who my friends were! – and then finding a job on minimum wage only to come face to face with racism, ignorance, resentment and abuse.

I think possibly the most difficult thing was the months when my internet connection was down 90% of the time. The isolation, not being able to contact the people I love was upsetting and depressing. I missed the Brother taking the lead in a play, too, which I was gutted about.

Fortunately the beautiful, kind, loving woman I am privileged to call my daughter got me a ticket back to England for Christmas and I can’t thank her enough. What a Christmas present it was to spend Christmas with her, the Sister, the Brother and the Nephews. We had a great time. And to catch up with friends – dear, dear old friends – and chat and share stories and laugh until we cry. Even having a nasty cold and toasting the New Year with Lemsip while high on Covonia didn’t put a damper on anything and hasn’t spoilt my enjoyment of the festive season.

The second reason for my silence on the blog is because I started it primarily to communicate with my readers and give them updates on my latest books. This year I spent a total of time more than three months writing a cosy mystery and then left it. I was doing it half-heartedly and was getting tired of and bored with it and if I felt like that before it was even finished how would my readers react? I have now ditched it for the time being, and plan to produce the final Singles book this year – working title Singles’ Sunset – and the Banjo, Book Two.  That is the plan…

However, my year wasn’t a complete creativity wasteland; together with the wonderful Veronique Christie I co-wrote a short film, Only the Lonely, which has actually been shot and is now in post-production! YES! And I can’t wait to see it. 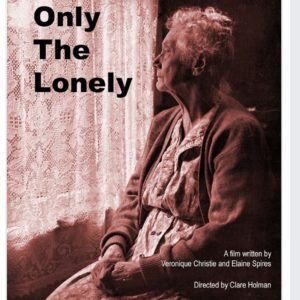 Only The Lonely – co-written by ME!

We’ve got a stellar cast and our director is Clare Holman and it’s produced by Julie Baines and her team at Dan Films. I’m so excited about it so watch this space for news.

I don’t know yet whether or not I am in England to stay, I certainly hope so, but don’t want to say too much in case I put the mockers on the latest buyers who are waiting for their mortgage application approval. In the meantime I shall be off to Ibiza next week to spend some quality time with the Daughter and see her beautiful beachside abode.

To all of who stuck by me through a less than ideal year: THANK YOU. Your love and support mean everything.

And whatever your plans are for 2018, I just want you to spend it doing whatever makes you happy.

2 thoughts on “Toasting With Lemsip”