My iPad has been playing up, hence my silence on the blog.  It’s thrown out my hotmail and is taking slow to another level.  Two nights ago I fell asleep as it was buffering so long while I was waiting to comment on someone’s post on Facebook.  So, if you’ve e-mailed me or messaged me and I haven’t replied, my apologies, and this is the reason why.  It’s also messed up my Skype.  I’ve Skyped the Daughter several times and can see it’s ringing on the screen, yet she tells me it’s not ringing and her Skype has no record of my attempts.  Weird or what?  And as I’ve been so very busy working on my third book in the Singles’ Trilogy, Single All the Way, that I’ve been loathe to take time to write a blogpost that the bloody iPad might not even allow me to publish.  Anyway – bull by the horns – here we go!

I treated myself to what is possibly the best manicure in the world at ShaSade Beauty Salon in Jolly Harbour, courtesy of the wonderful Shamone.  She always does such a thorough job that it feels as if I’m walking on air afterwards.  I’m the worse client as I fidget and squirm when she takes the big file to the soles of my feet; I certainly don’t make it easy for her!  But afterwards…………ah, bliss!  I swear I came out two pounds lighter with all the dead skin she got rid of.  The proof?  See the photo of my lovely, newly-pedicured trotters, below!

The pool is finally up.  I was a bit premature posting the photo of it filling, because I hadn’t ironed out the creases on the bottom and it wasn’t sitting right as the garden has a slight slope.  Enter my hero – the Fella Who’s Far Away – except he’s not far away at the moment but nearby – clutching a ‘welcome home’ present in the form of a large bag of mangos, who took one look and shook his head.

‘You’re too impatient, Elaine.  You cyan wait for nothing.’   Impatient?  Moi?  Fortunately, he’s as strong as an ox and managed to move it and sort out the creases and fill it and I AM LOVING IT!  Okay, so it’s only 2’6″ deep, so I can’t practise my Tom Daley moves, but after a few hours writing it’s lovely just to get in and splash around and cool down. The Fella Who’s Far away is like a big kid in it.

Singles All the Way is coming along, but the usual thing is happening; it starts to get a life of its own and run with itself.  Characters that I’d planned to have minor roles are now taking over, which is often what really does happen on a singles’ holiday.  Those who start of sitting quietly in the background end up being major players.  I’m finding it a challenge to make the book unlike Singles’ Holiday or Singles and Spice, while still producing a true-to-life story.  But that’s what being writer entails, isn’t it?  Will I make my deadline?  Who knows?  But if I don’t it won’t be for lack of trying.

Between writing and having a dip I’ve got one eye on the Western and Southern Tennis Tournament in Cincinnati, which is a warm-up for the US Open, which starts on 25th.  How disciplined am I going to have to be to get on with my writing while that’s on?  And I’m tuning in shortly as Murray meets Federer in the final quarterfinals match.  I can’t miss that!

Sad news, of course, of the death of Robin Williams.  Sad because the end of anyone’s life is sad, but in my opinion, even more so when the person has committed suicide.   What I’ve found sickening is the way anyone who’s ever had an off-day is posting mini-thesis on depression.  Yes, it’s a dreadful condition, a mental illness that we know too little about and have little understanding of.  And yes, Robin Williams was one of the most talented actors of our times.  I particularly loved him in Dead Poets’ Society, Mrs Doubtfire and One Hour Photo.  Three totally different roles, each one played to absolute perfection.  His portrayal of Sy Parrish, in One Hour Photo really freaked me out. But, I wasn’t a huge fan of his comedy routines or when I saw him on talk-shows.  I found all his nervy, zany stuff almost irritating.  But, that said, I find it beyond tragic that a man who to all intents and purposes had the world at his feet, should end his life in such an awful manner.  I hope that in death he has finally found the peace that evaded him in life. 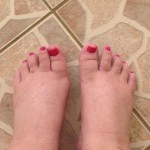