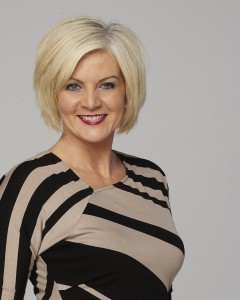 I am so pleased and delighted that broadcaster and former GMTV reporter Jackie Kabler is sharing her Hot Holidays! with us today, not least of all because her debut novel, The Dead Dog Day came out just a few days ago on 22nd October 2015.

Jackie’s novel is the first book in a new series, and she draws on her experiences of the glamorous world of television, as well as her long-standing love for crime fiction. A popular broadcaster turned author, Jackie is now a presenter on QVC, and as well as a decade on GMTV, has also worked for BBC News, ITV News and Setanta Sports News. The Dead Dog Day follows the story of breakfast TV journalist Cora Baxter, and a race against time to stop a killer from striking again. When Cora’s Monday morning begins with a dead dog at 4 a.m. and a dead boss by ten, she knows it’s going to be one of those days! Added to which, she has already had the weekend from hell, after the man she was planning a fabulous future with unceremoniously dumped her. Wow! This sounds tempting, Jackie!

Jackie has had a twenty-year career in news during which she covered hundreds of major crime stories which have given her a wealth of material to draw on for her novels. Apart from the actual murders, everything else that happens in the book actually happened to Jackie as a breakfast TV reporter! But she assures me the minor details have been changed to protect identities. Of course!

“Jackie has real insider knowledge and it shows. A proper page-turning thriller. I couldn’t put it down.” Lorraine Kelly

Well, if Lorraine says it’s good you’d better believe it! It sounds truly fabulous and I can’t wait to read it. Meanwhile, let’s hear what Jackie has to say about her Hot Holidays!

ES: So,Jackie, first of all, where did you spend your last holiday and why did you choose to go there?

JK: My husband and I went to Japan in September. My sister is living in Tokyo at the moment so we went to visit her there, and also travelled to Kyoto. I loved it…so high tech, clean and organised. The food was amazing, too. The best part though was watching my very tall husband going in and out of very small Japanese doors. He pract‎ically had to bend himself double sometimes, and it never stopped being funny. (Sorry, husband.)

ES: Well, I’m jealous already! Japan is one of the few places left on my To Visit List. But, what’s your favourite type of holiday?
JK: I’m a real townie, so I love city breaks, especially in New York, my favourite place in the world.

ES: And your least favourite?

JK: My least favourite would be an activity holiday. I love exercise, but I’m incredibly clumsy, and have broken three bones so far, so I probably shouldn’t really do sporty holidays.  ‎

ES: Oh, dear! Where did you spend your best ever holiday and what made it so memorable?
JK: We went to an island called Ibo, off the coast of Mozambique. There were only half a dozen tourists on the island and no shops or restaurants, and the electricity kept going on and off, but it was just magical. We went on a dawn boat trip where we were cooked breakfast on a sand spit and ended up swimming with a pod of wild dolphins. Unforgettable.
ES: That sounds amazing. Have you had any holiday or travel disasters to tell us about?
JK: On a trip to the Maldives I put all my toiletries and cosmetics in a separate cosmetics case, which burst open in the aeroplane hold. I don’t know where everything went, but all I was left with was a bottle of shampoo and an eyeliner. The island had no shops so that was all I had, apart from the freebies in the hotel bathroom, for the entire week. And then I dropped my eyeliner in the sea on the way to dinner one night. ‎It was not my favourite holiday ever…
ES: Tell us about a place you long to visit and the reasons why.
JK: I’d love to go to Madagascar. I have a degree in zoology and am fascinated by the fact that because of its isolated location, over ninety per cent of its wildlife is found nowhere else in the world.
ES: Who’s your favourite travelling companion(s) or do you prefer your own company?
JK: My husband is a great travelling companion. But I also go away once a year with two of my oldest girlfriends, for some serious shopping. I spend a lot of time on my own in hotels for work so I prefer not to travel solo for pleasure.

ES: Forgetting your lovely husband for a moment, have you ever had a holiday romance?
JK: Only once, on a working holiday in Kent while I was on summer break from university in Dublin. He was very lovely and I was heartbroken when I had to leave. We kept in touch and actually met up again for a night several years later.

ES: Aww, that’s lovely! And how would you spend your dream twenty-four hours if you could travel to multiple, worldwide destinations with no travel restrictions?
JK: I’d wake up early in New York and have breakfast in a diner,  then go shopping at Bloomingdales and Century 21.  Then it would be mid-morning tea by the pool at the Datai Langkawi in Malaysia, before a trek through the rain forest. I’d pop to Addis Ababa in Ethiopia for some lunch – injera and spiced beef – then visit some of the people I met while travelling there as a news reporter. Then it would be drinks in a bar in Sydney Harbour, followed by dinner at the chef’s table in Claridges in London. I’d finish the night in The Standard in Copenhagen, sipping champagne and listening to some mellow jazz, and then go to bed in a fiftieth floor hotel room in Tokyo, gazing down at the city until I fell asleep.
ES: Amazing! And finally, what tip or piece of advice would you give to holidaymakers and/or travellers?
JK: Always carry an extension lead. Hotels never, ever seem to have plug sockets where you need them to be.
Thank you so much for taking part, Jackie. And all the very best with The Dead Dog Day!
You can buy the book via Amazon UK by clicking here.
Follow Jackie on Twitter
Like Jackie on Facebook