Oh, my! In the words of the one and only Elvis, “What a night it was! It really was, such a night!”

Last Friday we had the first ever screening of Only the Lonely, the short film I wrote last year with Veronique Christie, courtesy of Dan Films, our production company, led by Julie Baines. I am still on a high.

I’d seen it but only on a laptop and before the final sound had been laid and it had been signed off. Watching it on a screen was an indescribable feeling. Everyone concerned had done a marvellous job, including our wonderful talent, led by Anna Calder Marshall and Souad Faress; our director Clare Holman; DOP; sound editor; everyone! And the end product is a short to be proud of, and I am!

The screening was at the Horse Hospital, in Bloomsbury, a beautiful, bijou venue which added to the atmosphere and it was a thrill to see cast, crew, family, friends, contributors – without whose generosity it would never have been made so quickly and so well – and industry professionals. 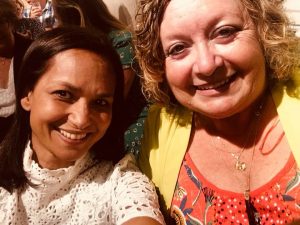 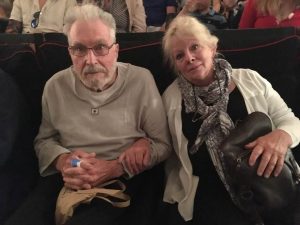 And now to see…drumroll…what happens next? Watch this space!

4 thoughts on “Such a Night”