As someone who believes that the Universe has an influence on our lives – as above so below – and the Moon is strong enough to control our tides and moods I can’t understand why it took me so long to realise that I should never make plans to travel or go anywhere around Full Moon.

It was Full Moon last night and also the Libra Equinox; the time of year when the Earth tips bringing Autumn to the Northern Hemisphere and Spring to the Southern Hemisphere.  It was also a day/night of chaos that totally knocked my plans. 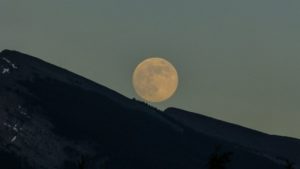 Now, you’d think I’d have been a bit wary as three days before last month’s Full Moon I was going to spend the day with my cousins T & T in Ipswich. It was all going so well until the train from Romford started slowing down.  I kept looking nervously at my watch seeing the nine minutes I had between trains at Shenfield disappearing one by one.  By the time we arrived at Shenfield I knew I’d already missed my connection, and then the announcement was made: “Ladies and gentlemen, I’m sorry to inform you that we are going to be held here as the track ahead of us is blocked due to trespass on the line.”

It turned out that “trespass on the line” is Abellio Greater Anglia speak for ‘someone had gone under a train’.  And sympathetic as I was that someone had lost their life,  I was -selfishly perhaps – annoyed that my day was spoilt.  Well, not spoilt entirely – I had a lovely time with T & T when I finally got to Ipswich three hours late and starving as the coffee shop on the platform was soon out of everything as people poured off the four twelve-carriage trains that were being held there. 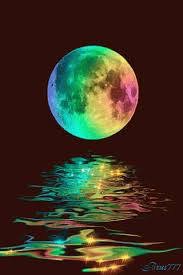 Fast forward to yesterday.  The Sister was given a voucher for the Electric Cinemas as part of her last year’s Christmas present from The Brother.  Finally, she found a film she wanted to see at a time she was able to get to the showing at the Electric Cinema in Shoreditch and she kindly invited me to join her.  I decided to go on Abellio Greater Anglia from Romford to Liverpool St and caught the 103 bus from the top of my road to Romford Station.  So far so good.

And then the Sister rang me to say she was at Harold Wood Station and there were no trains at all due to ‘trespass on the line at Chadwell Heath’. So – quick change of plans.  What to do?  How to get into Central London at rush hour?  The Sister decided to drive to Newbury Park Underground Station and I decided to get the 66 bus from Romford Station to Newbury Park so we could meet there.  The bus crawled through rush hour Romford, in spite of the bus lane that runs along most of North St.  Once we hit the A12 we moved fairly well, until we got to the Redbridge College stop where 300 people tried to get on.  Finally, I got to Newbury Park Underground Station where the Sister had just bought her ticket and was cursing and quite rightly so about the cost of parking. £5.75!!

Anyway, we got to Liverpool St Station where we had to fight our way to the exit through the swarms of workers who were now stranded and couldn’t get home.  We reached the Electric Cinema at 5.50pm, congratulating ourselves that we had made it.

We were impressed she knew us.

’We’ve been trying to contact you all over the weekend as tonight’s screening has been postponed until 9.30pm.’

’Nine-thirty???’  The Sister’s voice went up an octave.  ‘And you couldn’t have tried very hard because I’ve no missed calls.’  She waved her phone in the air.

Out of breath I collapsed across the counter. I don’t do lots of stairs and rushing very well.  ‘If you knew the journey we’ve had to get here,’ I gasped.

Anyway, we explained we couldn’t stay for the 9.30pm showing; the Sister had an hour and a half drive once she got back to her car and I would have got home long after my usual Teeth Out Lights Out o’clock.  So to their credit they invited us to drinks, refunded the money for the tickets and also added two comps for any future showing.  Now, that’s what I call customer service!

Fortunately the journey home was without incident; I even managed to get a seat all the way!  Hooray!

I’d had another trip yesterday morning to buy a new kettle as mine was leaking and I didn’t want to electrocute myself.  When I took it out of the box to make my nightly bedtime cup of cocoa there was no base (It was a cordless).  So back I went this morning with said kettle only to be told that the base is INSIDE the kettle.  Well, how am I supposed to know that?

So, all in all, the Full Moon really made its presence felt.  I send my sincere condolences to the loved ones of the person who died on the track; their pain must be indescribable.  But next month I shall be consulting my almanac before undertaking any journeys or buying any appliances.  I’ll be travelling back from Ibiza a week before the next Full Moon is due and I just hope that’s a long enough gap.