There’s a very moving Spanish song – I think it’s a Sevillana – which says “When a friend leaves, something in your soul dies.’  Now as much as I enjoyed the song, I never really thought about the words; never really took in their English translation.  Until 21st August. 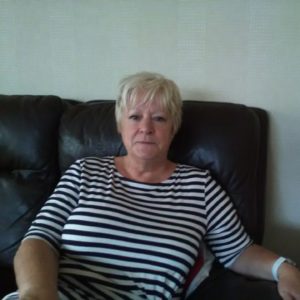 On that day one of my oldest and closest friends died.  We met on our first day at grammar school.  She was a lively girl, smart and popular.  We were both good swimmers and were selected to go to special training at the South East Essex Technical College pool (later University of East London Barking Campus, now a gated community of apartments) on Monday evenings.  We used to enjoy that – when we weren’t mucking about.

Long summer days were spent with her and our other close friend Val in Valence Park where we would watch a boy June always fancied called Alan Morris play cricket.  We went to Beatles concerts and Fan Club conventions where we both nearly passed out with joy at meeting the Fab Four and she got a sprained wrist in the crush.

June left school earlier than me (I didn’t find out the sad circumstances until years later) and we lost touch until the internet and Friends Reunited brought us back together again.  And our friendship was as firm and close as it had been as teenagers.  She was a true, loving, supportive friend.  There was little we disagreed on – perhaps because of our shared roots as working-class girls from Dagenham – and on the odd occasionI I did something daft she’d have no qualms telling me so.  I had no greater supporter than her when I was fired from Solos Holidays for writing Singles’ Holiday.  She still believed six years later, that the employment tribunal got it wrong and I WAS an employee not a contractee. (Interestingly enough, recent test cases probably mean that if we went to tribunal now they would find in my favour – but that’s all water under the bridge,)

We would talk frequently, and Skype when I was in Antigua, and meet up for lunch or dinner on a regular basis.

When we had lunch in July I went soft for a moment and said I was sorry I’d sold Avocado Cottage, because I felt a bit of a failure.  She said, ‘Most people couldn’t even dream of going to Antigua yet alone building a house and living there like you did.  And it was one of many outstanding things you’ve done in your life and all without a man to do anything for you.  Everything you’ve done you’ve done YOURSELF.  That’s something to be proud of, isn’t it?”  She was a very wise woman.

Our last lunch together was on Wednesday 1st August.  We spent the whole two hours laughing, including me taking the mick that she was now a “Pillar of the WI”.  She said she was planning a Murder Mystery Evening and asked me to write the script and help cast it.  We hugged in the car park of the Halfway House and walked away laughing and calling to each other, making suggestions for the Murder Mystery plot as we went.  I never dreamed in a million years that three days later she would collapse and be put into a coma from which she never emerged.

Her funeral yesterday was hard.  It was a celebration of who she was and how much she meant to everyone present yet there was an atmosphere of complete and utter disbelief that such a bright, intelligent, capable, kind, generous woman would no longer be part of our lives.

And those words describe exactly how I feel today.

10 thoughts on “Something In Your Soul Dies”