Janet Street-Porter is a Marmite celebrity; with her forthright views, distinctive, quirky look and abhorence of being hugged by anyone outside her immediate circle, you love her or you can’t stand her.  I fall into the former category.  I admire her for being herself and telling it as it is and I tend to only watch Loose Women when she’s on the panel. 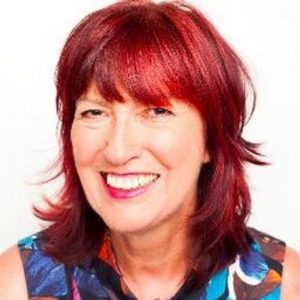 Janet comes across as a strong woman with a large circle of friends so I was a bit surprised to find out that she’s admitted to being lonely.  Apparently a couple of months ago she realised she had gone for a whole weekend without actually speaking to anyone.  So, she took the decision to speak to one stranger every day. To her surprise she found herself engaging with all sorts of interesting people and has now upped her target to three people a day.   https://www.dailymail.co.uk/femail/article-6312695/JANET-STREET-PORTER-Talking-three-strangers-day-helps-cope-late-life-loneliness.html

What surprised me wasn’t that Janet felt lonely, because I can totally identify with that.  I am a strong woman – or like to think I am – with a very wide circle of friends, and I enjoy my own company.  I’m quite happy to go to the cinema or the theatre or a restaurant by myself.  But sometimes… just sometimes I feel lonely.  Not so much since I’ve been living back in UK but certainly the last year I lived in Antigua.  There were times when I spent the whole day without talking to anyone – especially when the Fella Who’s Far Away was busy working – although he did always ring.  But not actually seeing another person and having to force yourself out of your pyjamas – or sarong in Antigua – and out of the house was sometimes hard.  It’s strange that you feel lonely yet it’s a struggle to get out into the world…

But to get back to Janet, what did surprise me was that she actually started talking to strangers when she’s so often said how she loathes it when members of the public try to engage with her.  Good for her!  I’m not sure it’s something I’ll be doing, though.  My experiences of strangers on public transport for example, are not very positive.  I’m a magnet for strange strangers.  😂

But if she wanted it, I’d rather like to be friends with Janet.

Lonely was the one thing I wasn’t for the last couple of weeks.  I had sixteen glorious days when I saw The Daughter for every single one of them – the first four in England and the rest in Ibiza.  We were joined by the Sister for five days and then by my friend J.  And what a time we had!  Especially as it was the Daughter’s birthday – and we had a really great day together, including time spent with two of her closest Ibiza friends B & J and the Cousins and her beloved Tio.

Ibiza was its usual magical self; void of huge crowds – except for the Hippy Market which was heaving (Blimey! Where did everyone come from?) – it was lovely to get a table on Sunset Strip and Tapas and El Chiringuito. Speaking of El Chiringuito, we found ourselves sitting next to the Mambo Brothers themselves!  It was a shame the Sister had left two days earlier or it could have been the Spires Sisters meet the Mambo Brothers!  Boom! We also had a gorgeous drive to Santa Gertrudis – THE place to be for Sunday pre-lunch aperitivo.  It was buzzing!

Ibiza is the setting for my current WIP, the fifth and final book in the Singles Series, which has the working title of Singles, Set and Match so it was nice to use my stay as a research trip, too.  We stayed at the Gran Sol, which was as wonderful as always.  Looking at the breakfast buffet – which matches any cruise ship or five star hotel spread I’ve ever experienced – it was hard to imagine the hotel was closing two days after I left.  Nothing, absolutely nothing was spared.  The Gran Sol is a little gem of a hotel and I thoroughly recommend it.

And now I’m counting the weeks until the Daughter is here for Christmas! But before then we have the Underwire Film Festival at The Barbican  where our short Only The Lonely will be showing on November 22nd.  I am very excited about that and proud of what Veronique and I have achieved.  We spend every Friday together working on a full-length feature.  And this afternoon I’m going to see our wonderful leading lady, Anna Calder Marshall, in Love at the Queen’s Theatre Hornchurch.  And I am going on my own.