Before I move onto congratulating my adoptive country on the thirty-fifth anniversary of its independence, I want to apologise to you all as lately I haven’t written my journal as often as I used to. I have had complaints! This, of course, is very flattering; I’m delighted at how many readers I have scattered across the globe that enjoy my jottings. So I’m really sorry if I’ve upset you. And I sincerely apologise. First of all, I don’t know where the time goes. I get up quite early here and yet before I can look round it’s lunchtime and then it’s the evening. And with the change in the seasons, it’s now dark here by six o’clock, which makes for a short day. Added to this, my head has been down getting on with Singles At Sea and not much of great interest has happened.

But, I humbly apologise – as a writer I should be able to make my journal interesting even when the events are quite mundane.

And so, onto Antigua! 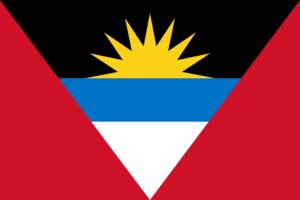 The beautiful, colourful flag of Antigua and Barbuda

Although, as it is a twin-island state, I should refer to the country by its rightful name: Antigua and Barbuda. On Tuesday, 1st November, it is the thirty-fifth anniversary of Independence. Yes! Antigua and Barbuda is thirty-five years old! There have been lots of events going on throughout the last few days in celebration. And what’s particularly beautiful is to see everyone wearing the national costume with great pride.

In 1992 the Library Fund-Raising Committee came up with an idea to hold a competition to look for a national dress. Well known Antiguan artist Heather Doram – readers will know she’s a close friend of mine! – emerged as the winner with her classic and detailed design. Reminiscent of colonial times with a splash of European and African inspirations, Antigua’s new national dress quickly became a standard. 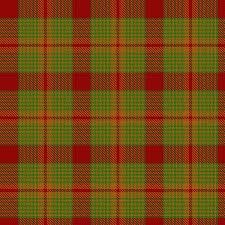 As styles and times changed people have altered the original style – some disliking the colonial connection. But while the original design is still very prevalent there are a wide variation of costumes, including formal styles, casual, sporty, modern and even sexy! 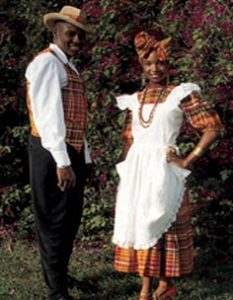 Those who don’t want to dress right up, often wear a sash, waistcoat or head-wrap in the national plaid. It’s great seeing people make an effort and the pride with which it’s worn. It’s delightful to see school kids with the sash over their uniforms and little tots in national dresses and waistcoats. And almost every shop in St John’s has their window decorated with it.

How wonderful to see such a display of national pride, dignity and honour!

Prince Harry is coming to visit, too! Now, he’s the only Royal I’d turn out for, so I’ll probably go along and see if I can get a glimpse of him somewhere. I’m making it known that if he needs somewhere to stay, there’s a spare bedroom in Avocado Cottage 😉 😉 Unfortunately, he arrives AFTER the Independence celebrations are over. That’s a bit of a poor show, isn’t it?
Someone needs to have a word with the tour organiser. (He’s visiting other Caribbean islands, too.)
HAPPY BIRTHDAY, ANTIGUA AND BARBUDA!!

As I’ve already said, I’ve had my head down and fingers going like the clappers, working on the latest book. As always, it’s taken on a life of its own and even I’m surprised at some of the twists that have occurred so far. 😉 Because of these twists I’m having to stop actually writing to research – usually I do all my research before starting to write – and this is holding me up, usually because I come across something I find interesting or fascinating and allow myself to become waylaid!

I had a great evening with B and C on Friday. Drinks and tapas as we watched the sunset from Stella’s, looking down over Dickinson Bay. And it was an amazing sunset on Friday evening. Well, most sunsets here are amazing. I love these two! B is a fellow writer and C a lawyer and they’re both so interesting and we always cover such diverse topics. I enjoyed myself with them. 🙂

I’ve also had two lovely mornings with my friend D, who’s been visiting with her daughter and grand-daughter. They’ve been at St James’ Club over on SW coast, where D’s daughter has a time-share. D is the person I have to thank for feeling so well. At the moment I feel the best I’ve felt in years – and all because of taking a herbal supplement she recommended. She takes it and I can see such a difference in her – but the change in me has been equally amazing. I will tell you all about it VERY SOON!

Apart from two trips across the island to see them, I’ve had a couple of great FaceTime/Messenger sessions with my dear old friends J and M. Both of them really make me laugh; I’ve been friends with both of them for ever and it’s amazing the way we just pick up and have each other roaring with laughter. I was halfway through FaceTiming J when she suddenly froze, her face distorted. “Are you okay?’ I was shouting to her, thinking she’d had a stroke, before I realised that the connection – which is often ‘weak’ had broken. Phew! In three seconds I’d worked out how to get an ambulance to her, as well as knowing what they should do. Years of watching Casualty and Holby City have not been in vain!

I’ve had a couple of lovely chats with The Daughter, too. Life is amazing for her at the moment and I’m so happy for her as she really deserves it. She is an ardent practitioner of The Secret and through this, she is ordering her life. Love her so much!

I watched Strictly – The Results Show earlier tonight. Who on earth is voting for Ed Balls? (Or Ed Bollocks as I prefer to call him.) It’s a joke to keep him in for a couple of weeks, but those who are voting for him and waxing lyrical about him on Twitter are, sadly, spoiling it for people like me, who like to see fair play. It’s a shame to see those who are working hard and improving being sent home while he’s kept in. And unbelievably, his ego is leading him to believe his own hype and think he’s a dancer. And being a politician, his skin is thick and his ego huge; he lacks the humility of John Sargent so there’s no chance of him withdrawing. It would be a travesty if he stays in again next week – or even goes onto the final!!! Last night’s performance was beyond cringe-worthy. It entered the realms of Dad-at-a-family-wedding.  I’m equally critical of celebrities who can already dance being in it, like Louise Redknapp, too.  That’s also unfair.  Yes, I know it’s a light-entertainment programme, but it’s also a dance competition. Sorry, don’t mean to rant, but it makes me cross.  And yes, I know, I need to get a life! LOL!

So, this brings me up to date, more or less and I hope I’m forgiven. Have a wonderful week and I’ll be back again shortly.

PS – for those of you who might be wondering, my Wonder Women features have taken a short pause while I wait to be able to carry out more interviews. And Hot Holidays will also return very soon.

One thought on “Happy Birthday, Antigua!”